In this big dev diary i'm going to summarize what has been done for Dangerous Rays since the beginning of this year.

First you might be glad to know that the new Alpha 18 version of the game should be ready for a release this Fall on the itch.io platform. The Steam version is still planned but it will be released first on itch.io so the players can help me with their feedback so I can fix the most important issues and be able to prepare a clean and polished version for a Steam release later on. You can track the global progress on the roadmap page.

Please note that every current owner of the game will receive a itch.io (and Steam later on) game key so they can add the game on itch.io for free. 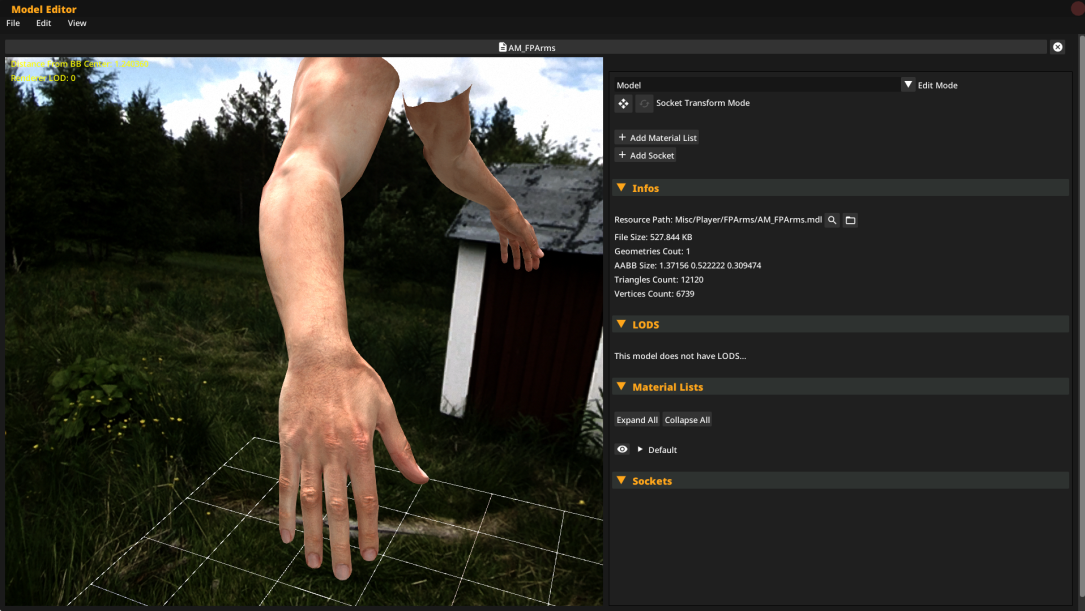 Modding tools are in a very good shape now. Model editor, model/texture converters, texture editor... almost everything is ready. Thanks to the new UI system I am able to design and improve tools much faster than before. I will gradually update the game wiki with the documentation of every tools that will be shipped with the Alpha 18 version. So once Alpha 18 update will be released the modding documentation will be already very complete. 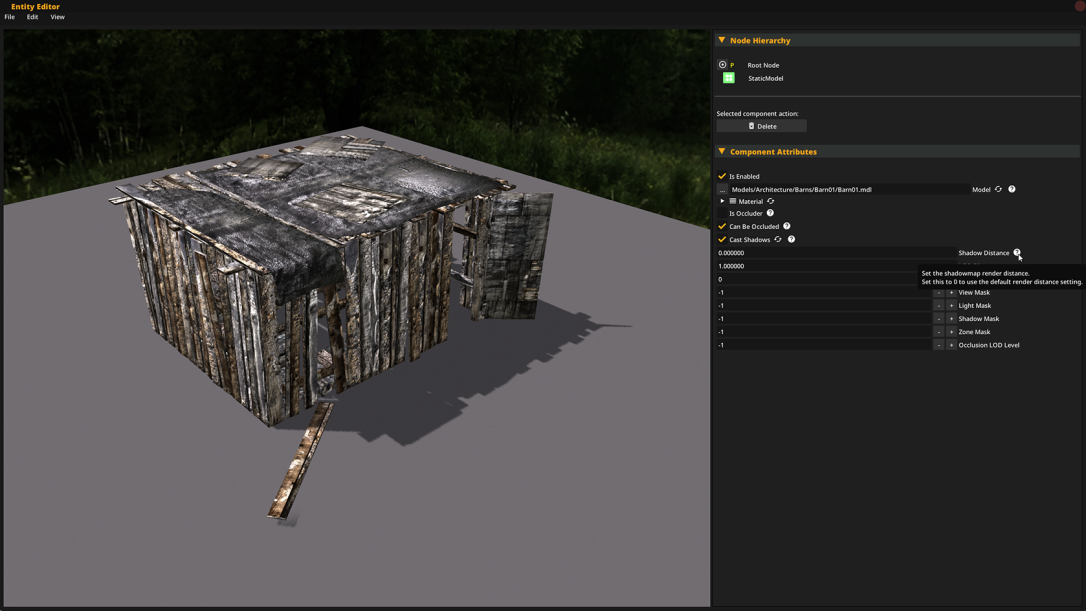 A new entity editor has been made so modders can design complex and dynamic objects (entities) to be spawned in the world/map editor.

I have improved the water look and performance as you can see on those images it support realtime reflections of the surrounding world instead of static cubemap reflections used in Alpha 17. 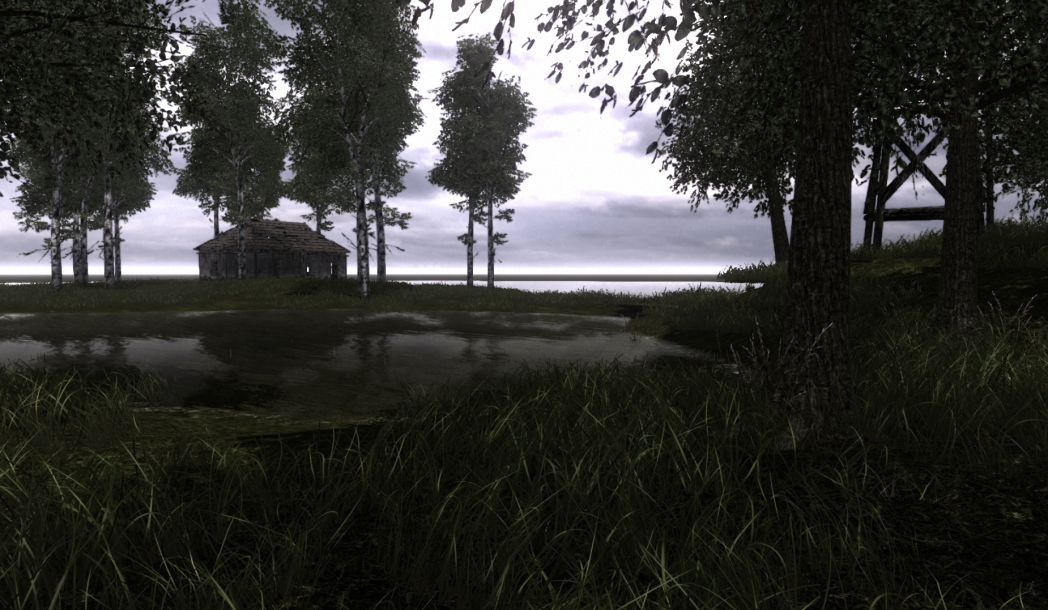 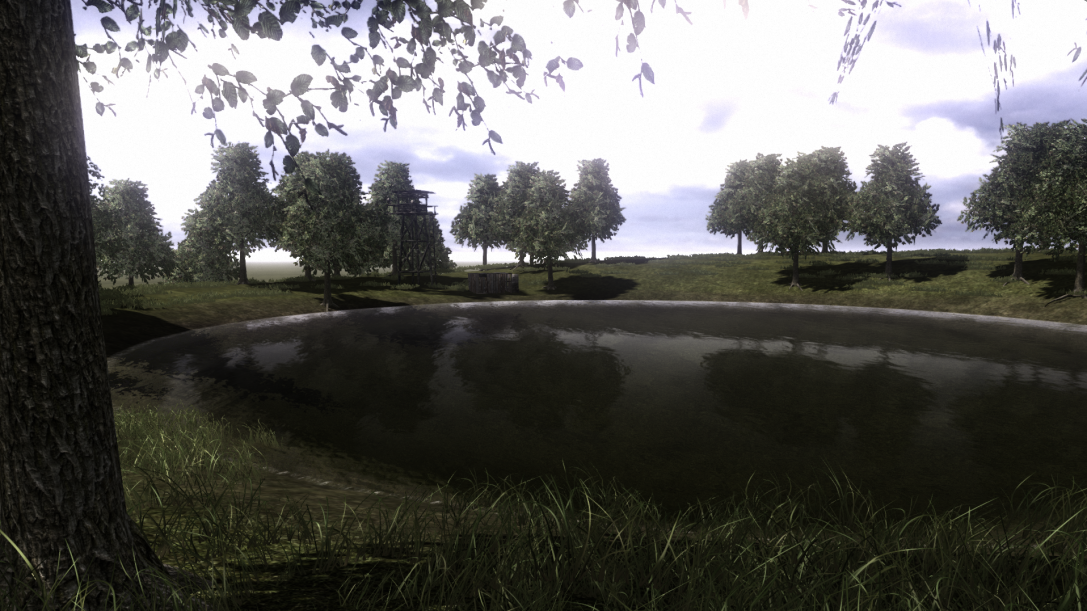 The terrain shader has received some love. It does now support more texture layers and the tiling effect is greatly reduced as you can see on the image below with the comparison before and after the shader code improvements. The rendering has been optimized so now the terrain take less GPU time to render.

I have made a new particle system inside the engine. Complex particle modifiers are now supported (custom gravity, wind effects, vortex effects...) along with other cool improvements. Also you can use the particle editor to make some new particle effects mods for the game. 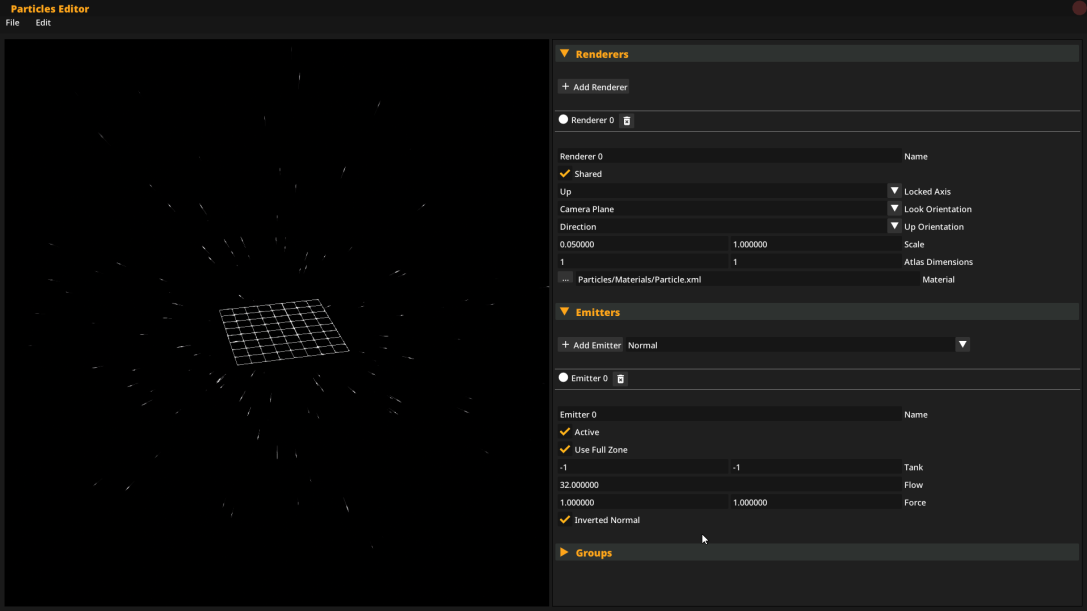 I have coded a new sound engine for the game based on the FMOD technology. The "FMOD Studio" tool is integrated inside the engine so it can be used to design complex and cool audio effects for the game. This tool can be downloaded for free by modders so they can add new sounds or improve existing ones in the future. Expect a big boost in audio quality for Dangerous Rays. Speed of sound, occlusion, reverb simulation is 100% dynamic as you can hear in those videos. Making everything dynamic and avoid baked/pre-made stuff is very important for me. 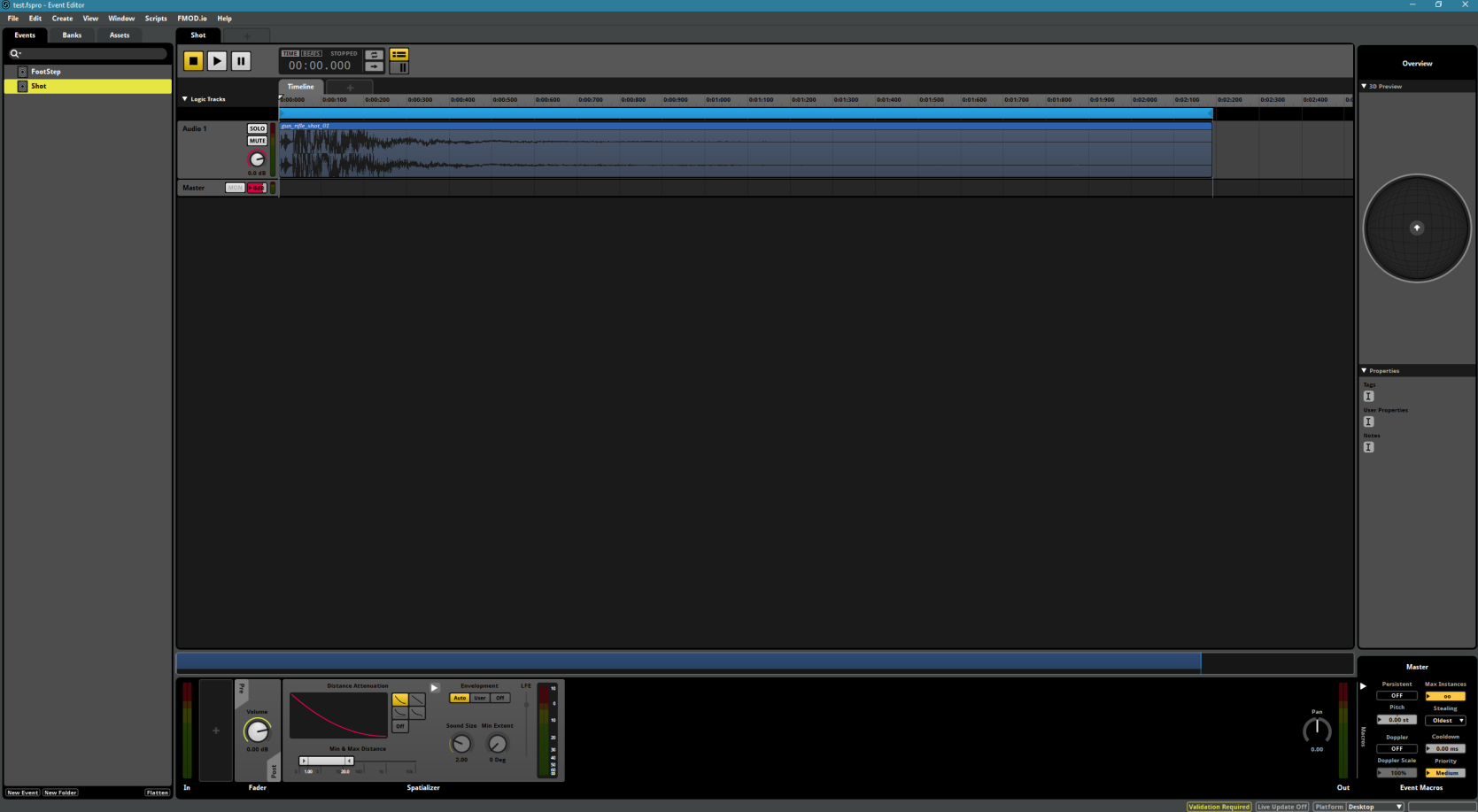 The world/map editor has been improved with new UI elements, new transform gizmo, grid snapping support, terrain alignment support... It's actually now quite fun and easy to design new zones for the game and I am quite exited to see how modders will use this to make some cool stuff. Some improvements still need to be made but everything is already perfectly usable in the current state. 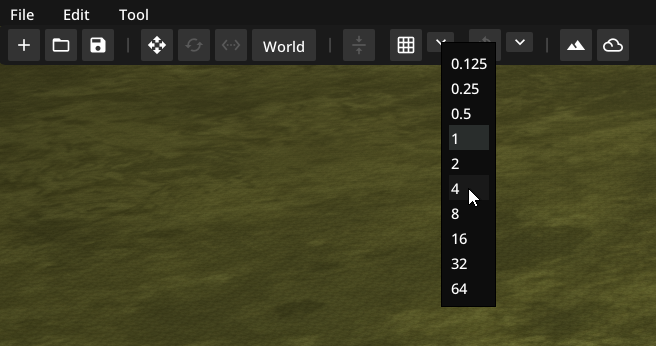 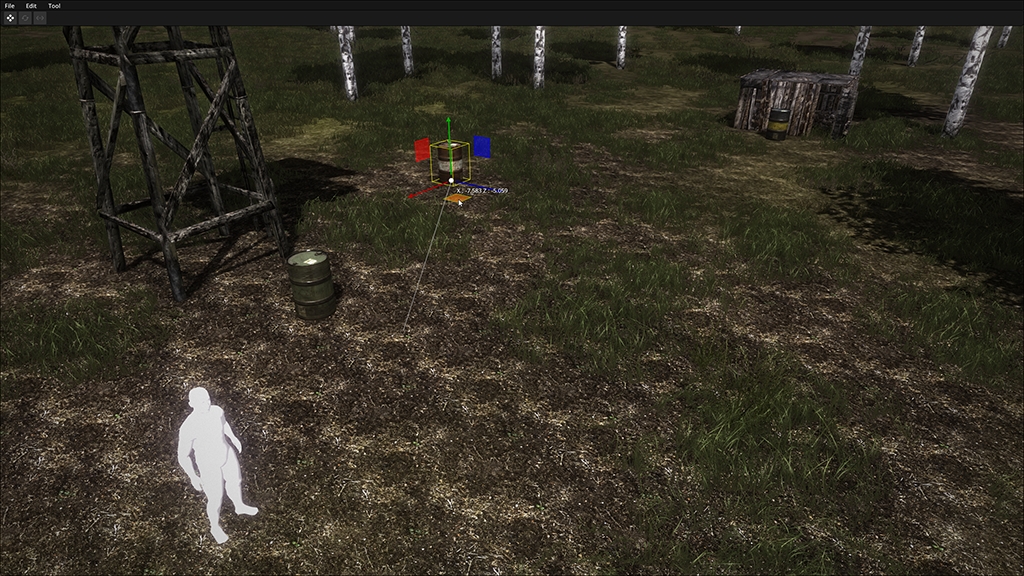 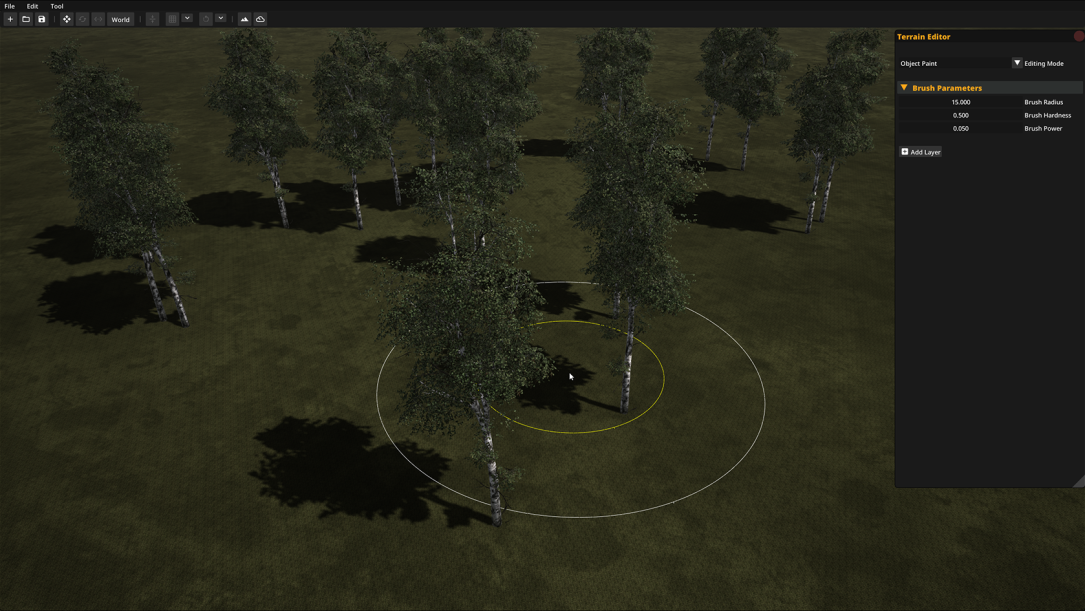 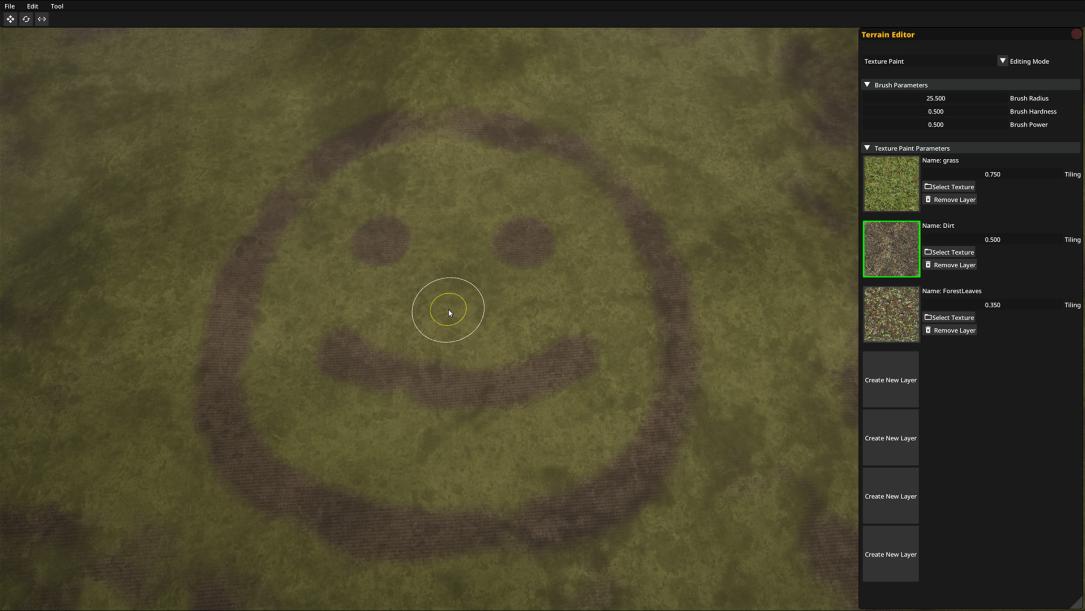 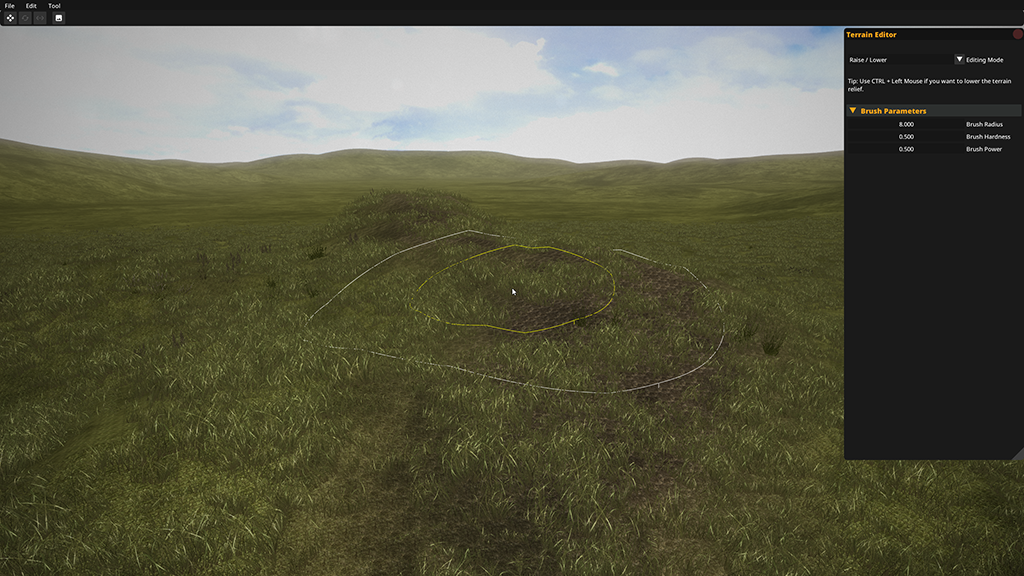 Speaking of vegetation. Trees/Bushes rendering and modeling techniques have been greatly improved. Trees can now have some roots, their trunks can sway according to the wind and they are much more efficient in terms of polygons count and LODS so the rendering performance is better and the trees look nicer. Some cool new feature are planned (especially for the destruction...) and will be revealed soon. 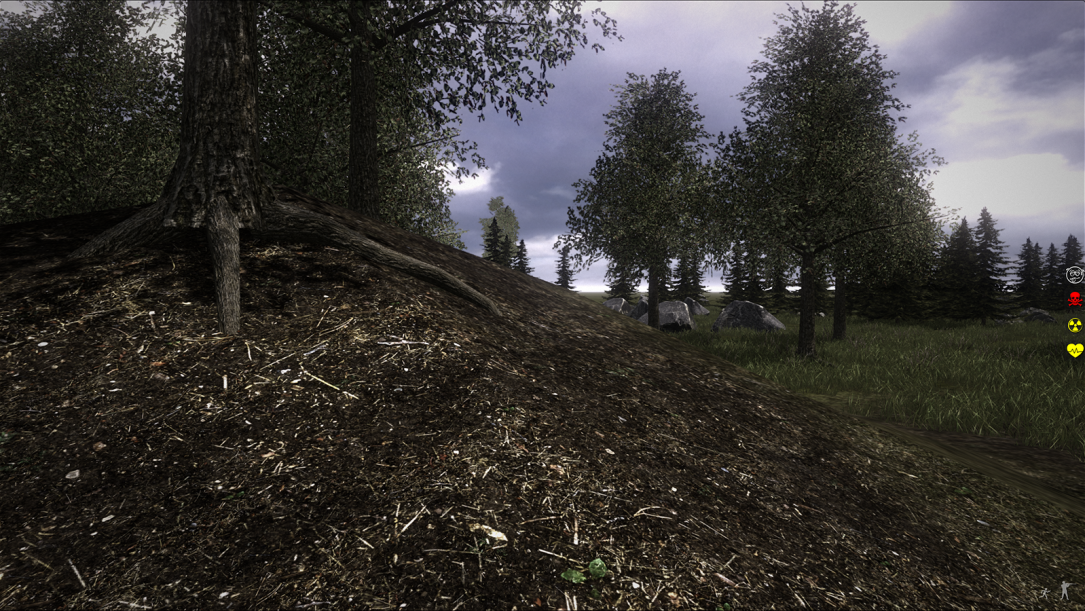 Finally I was able to start the coding of the core gameplay elements of Dangerous Rays. My goal is to replicate the gameplay features present in the Alpha 17 version (replicated but greatly improved) for the Alpha 18 release on itch.io. Then and only after that, many new gameplay feature never seen in the old Alpha 17 version will be added. So far I have coded the player movements, health and interaction system, the dynamic sky/weather system, the food items, player hands animations and some minor other elements. A lot of work is left and will be done during this Summer.

- Your Support Is Needed !

Our Patreon page is launched and so far we are receiving a great support. You can give a great help/boost to the game development for just 1$ or 5$ (or more) per months.

- Access to Patreon page private blog posts that contain some exclusive content like screenshots or videos of future game updates.
- A supporter special role on our official Discord server so you can clearly show that you support the game.
- Access to the "Supporter Club" channel on our Discord server. In this channel you can discuss more frequently and more closely with OldSnake the creator and Dangerous Rays and share your ideas/suggestions, ask some questions, view some exclusive screenshots...
- Access to special events like private chat sessions with OldSnake and other special goodies.

The subscription can be cancelled at any moment so no risk for you ! This is for now the best way to help the game !


See you soon for another dev diary and do not hesitate to promote the game to your friends or on social networks/forums. The success of the game is depending of your support in the coming months.